Great weekend at Warmingham for Round 3 of AMCA Championship.

P8 Qualifying which gave me a decent gate pick all weekend.

Second out the gate race 1, rode a bit tight and dropped back to 7th.

Race 2 – Good start again, sat comfortably in 6th when I had an off track excursion after entering a corner a little bit hot. Cost me dearly, after losing 1 position which I worked to get back for many laps. Couple of very near misses after that which meant I lost a few more positions, finishing 11th.

Rained all night so Sunday was a mudder!

Gated well race 3, stayed calm, rode my own race in 4th for around half the race, then a rider in front fell which handed me third. Held on till the finish – Best result in AMCA champs to date

Race 4 – Awful start, lost so much time first lap stuck in traffic. Helmet and goggles were caked in mud as a consequence. Front end washed whusky trying to make a pass on the inside of the corner, then another crash a few laps later left me struggling to hold on as gloves were covered. Finished 16th

Didn’t go out for race 5 – generator packed in so couldn’t wash the bike, and didn’t want to risk overheating & blowing up the bike in the awful conditions.

Still ended up 11th overall with a DNF. Nice to finally be running up front after a pretty awful start to the year! 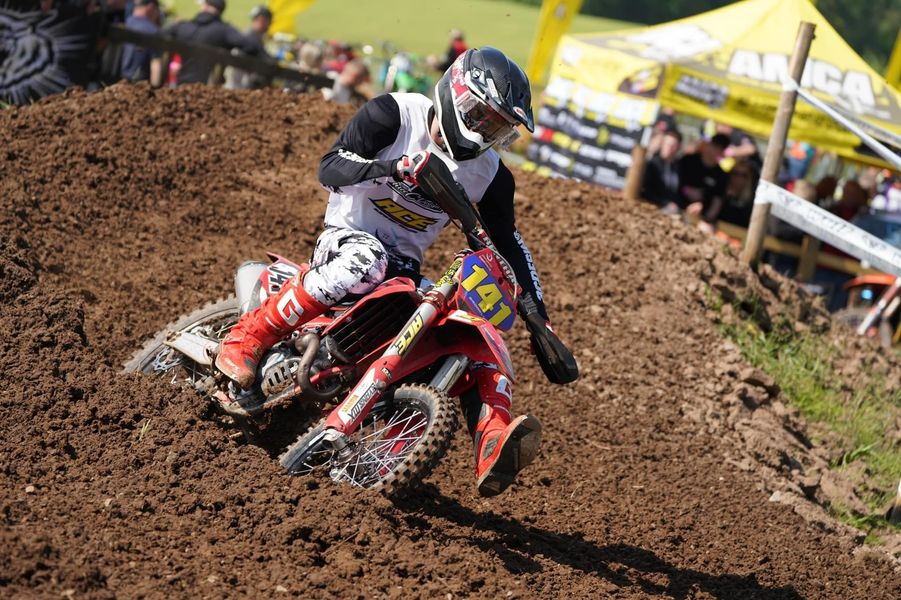