Teammate Broc Tickle has had an impressive season and ended it on a high note by finishing 3-3 for third overall in the 450 class at Lake Elsinore. He completes his first 450 season fifth overall in 450 point standings. 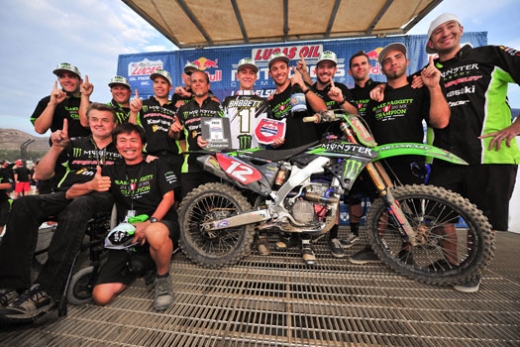