Cody Webb Knocks Out the Competition at TKO

Held at the Trials Training Center in Sequatchie, Tennessee, this event draws the top riders in the world including Great Britian’s Jonny Walker – considered by many to be the best extreme off-road racer in the world. There are a series of qualifier races that build up to the final round where only the fastest 15 riders compete, and at the completion of that main event it was Webb finishing in front of Walker by a margin of 1:43.

“It was an unreal feeling to get my third straight TKO victory in a row,” explained Webb. “The competition was at a whole new level this year with Jonny joining the field of competitors. Timed qualifying went very well when I posted the fastest time. The following knockout rounds were not perfect but I did what I had to do and qualified on the front row. I was able to run away to a nice cushion in the main event and make it three years in a row. I was nervous coming into the weekend after recently getting surgery to repair both feet, but with the help of my team and the people around me, we were able to get the victory.” 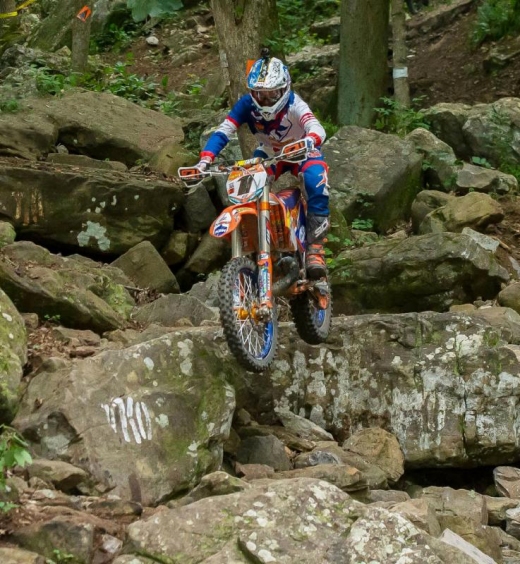