From hot Spain to cold and rainy England: the instability of the weather has reigned supreme on the track of Matterley Basin, theatre of the eighth round of the World Motocross Championship . From the rain of Saturday qualifying , with the track wet and muddy , to two races almost dry and sunny, (though cold) on Sunday.
Eager to do well after the good performance of the home race Butron has placed a good sixth place in the qualifying race, after scoring one of his proverbial hole-shot , which has seen him to fight with the World Champion Jeffrey Herlings .
Same start in the first round of Sunday: the gate is lowered and two KTM , the official one of Herlings and the one of our star, command the race. It seemed the prelude to a fantastic race, because of during the first laps, the Spanish in force at the Silver Action Team seemed was able to keep the pace of Herlings, then the Grand Prize winner. Unfortunately continuing with the race his lap times decrease and different opponents overtake José. The Spanish tries to change trajectories, but this doesn’t appear to be effective, after an overtaking suffered by Tixier he loses concentration and at the end , however, preserves a good 10th place at the waving of the checkered flag.
In the Race 2 , despite a bad start and after a contact with an opponent just after leaving the gate, has gone paradoxically better. Started around the 5th position, Butron has long battled with Graulus surrendering to his rival at half race; but 10 minutes from the end of the race, a surge of pride has made “change gears” to the Matador, which has begun to turn on the track on the timing of the first pilots, recovering on Graulus and, shortly after, returning the favour and passing him with authority. Continuing on his furious pace , Butron has drastically reduced the gap to Tonkov, which preceded him, trying to undermine the position of the Russian rider. Such determination has been rewarded with the 7th place at the end of the race and the same position in the absolute standing of the GP. On the basis of these results , Butron now occupies the 8th position in the World Championship.
Bureaucratic problems, however, for Viacheslav Golovkin , who , like his more famous colleague and compatriot Bobryshev, has failed to obtain a visa for running the Grand Prix of Great Britain. Golovkin will still be at the start of the Grand Prix of France next week .
Well even the youth of Team Silver Action engaged in the third round of the European class 250: Michael Eccles has concluded the home GP in 19TH place while Simone Furlotti has finished the English weekend in 15th place .
These are the words of Mirko Madaschi, the Team Manager: ” A Grand Prix altogether positive . In Race 2 we have seen a Jose more determined, able to reduce the gap with their rivals. Too bad for Race 1 because , given the fantastic start , the final could have been richer, for him as for us. However, we believe that, continuing to work as we have done so far , even better results could arrive. Well also the guys of the European Championship , with Eccles who , in his rookie year in 250 is showing good signs of growth. Appointment on the track at St Jean d’Angely, France in a week . ” 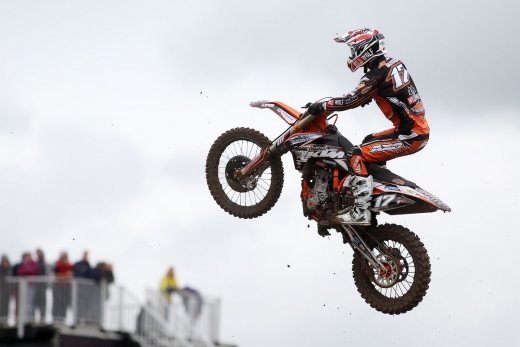