Dan is a long standing JSTGGUK rider and first won the Expert Title 10 years ago in 2005!
He is still one the best National riders in the country and remains one of my treasured Team riders. He rides nearly every weekend and is always at the top of the results no matter what the Trial.
Dan had a shakey Round1 at Hook Woods but bounced back with a win the next day at Round2 at Butser Lime Works.
Infact Dan won 5 of the 9 rounds, one 2nd, one 3rd and two 6ths to win the Championship by 15 points from Tom Hooper.

In the Championship Class JST GGUK Team Rider Sam Haslam has had his best BTC year to date finishing 3rd overall to take the #3 plate for 2016.
Sam has had a great year so far finishing 2nd at the SSDT and 3rd at the British Trials Championship. Sam goes about his business in a quiet yet effective way similar to Graham Jarvis used to. He started the Championship in great form with two podiums at Round1 and 2. Sam was most impressive at Rounds 3 and 4 where he was ill with a sickness bug and shouldnt have ridden. Sam rode with zero energy and finished 15th on Day 1 at Kellys Farm and that one point could have made the difference. He tried to eat Saturday night but failed, slept and rode again the next day finishing a very respectrable 7th considering his illness.
For me its that weekend that was the most impressive.
Sam will now ride the Trial Des Nations and then on to The Lakes and The Scott Trial in October where he can win….why not!?

JSTGGUK rider Alexz Wigg had a good ride on Sunday finishing 4th. Alexz has not had the best of BTC seasons and has been struggling to an eventual 6th in the Championship. However he never gives up and at the moment is riding better. He was very good at the North Berks Super Trial and a good 4th place on Sunday. Lets hope he can take this form to Spain for the TDN and into October for The Lakes and The Scott. Wiggy is another rider that can always pull a win out of the bag and for me is another possible Scott Trial winner ‘IF’ he gets his ass in gear and has some lady luck which you need in The Scott.

Road and Trials GG rider Jack Price has had a great BTC year finishing 7th in the Championship. Jack trained hard over the winter and is riding alot better this year now he is maturing. He’s riding very well at the WTC win two wins this year with another two rounds to go in Portugal this coming weekend followed by the last round in Spain.
Jack is also another rider that can impress in The Scott Trial this year…

No.1 JSTGGUK rider Micheal Brown was a welcome spectator at the weekend. Michael was fairly quiet because i know it annoyed him that he wasnt riding. Micheals knee is getting better but it will still be a long while before he is competitive again. Michael will go to the TDN to help out his Team mates, Sam and Alexz.
Micheal was in great form in the BTC this year until his accident and was a strong 2nd in the Championship after round4, only 5 points behind Dabill. He still managed to finished 9th missing five rounds!
The message is clear, Micheal will be back and i will be right behind him!

Kelcoat GG rider Sam Yeomans struggled on Sunday in 20th. Sam is still only 16 and still should be in A Class so is having a steep learning curve this year. Hes a big lad and is still learning to ride with 300 power. Sam has finished 12th in this years Expert Championship helped by his good weekend in Scotland last month having two 9th places.

Team JSTGGUK riders and brothers Dan and Jack Peace have had an eventful year so far. Dan is currently taking time out of the sport with an ongoing knee injury which will not get better until surgery (soon)and a full recovery. Dan has carried this injury for too long now so now it must be sorted so he can start again for 2016.
His brother Jack is a fighter and has finished 2nd in the BTC Youth Class behind worthy winner Toby Martin. Both these lads have been head and shoulders above the rest in the BTC and also the Euro series. Well done to Jack and also to Toby and Beta for the Euro Champs win and the BTC Youth win.

To finish i want to thank all my BTC riders this year in what is a nightmare year for GG. Im proud of my TEAM JST GGUK and i hope it can continue next year.

Thanks also TM for the the great BTC pics this year.

Thanks to Factory Kev and all our GGUK staff for keep the Team rolling and keeping ‘business as normal’. 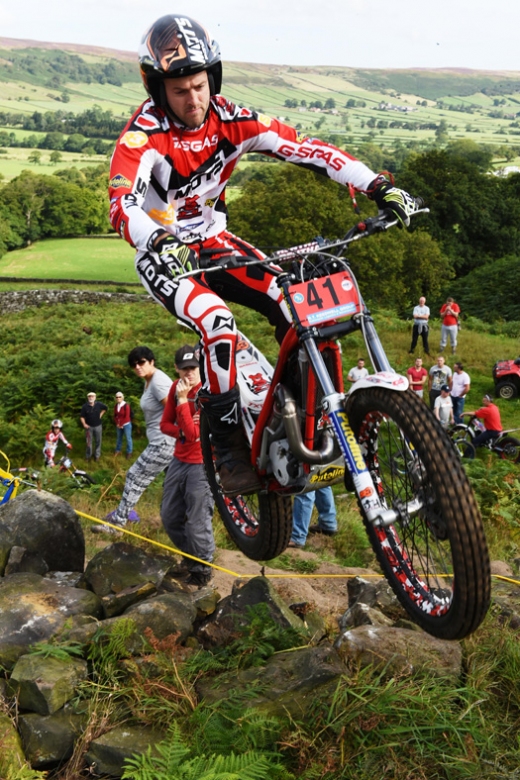